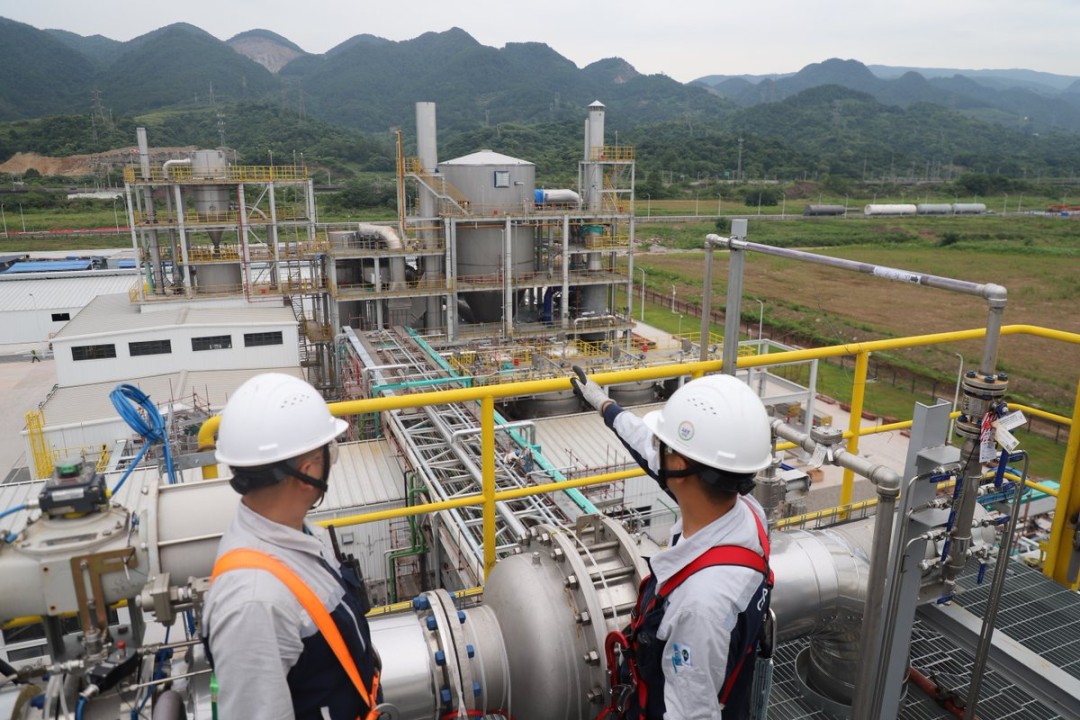 Sharm El-Sheikh, Egypt — Calysta, a company whose origins can be traced to the utopian vision of a 1960s oil executive, started making protein from methane on a commercial scale in October in China. France’s Innovafeed is building a giant insect protein factory in the US, bringing bug protein fed from the corn belt to pet food suppliers.

Both breakthroughs mark a paradigm shift in the supply of so-called alternative proteins, which encompass a new generation of more environmentally sustainable food obtained from plants and edible waste. Several “alt protein” makers are attending this year’s COP27 summit in Sharm El-Sheikh, Egypt where world leaders are negotiating how to meet the Paris Climate Accord goal of limiting global warming to 1.5 degrees Celsius over the next century.

The food industry has a vital role to play in that debate as one of the largest net greenhouse gas emitters on the planet, accounting for 26% of emissions in 2018, according to a Science article published that same year. The industry is ripe for innovation given its vulnerability to volatile weather, outsized impact on the environment, and the vital role it plays in global health, equality, and employment.

Venture capital started backing plant-based protein makers in the early 2010s. Impossible Foods has raised more than $2 billion in the last decade to make plant-based hamburgers that mimic meat patties widely available in the US and other markets. More recently, billions of dollars have flowed into other alt protein sectors such as precision and mass fermentation, cell-cultured meat, and insect protein.

Future food systems will rely heavily on alt proteins to achieve both climate goals and eliminate hunger. The experience of plant-based companies such as Impossible Foods also shows that alt protein products must be competitive on taste and cost with conventional meat to be a commercial success. Plant-based food makers in particular need new products and innovation to capture the mass market in the US and enter developing countries in a meaningful way.

Nestlé is doubling down on its bet to boost its offering of plant-based products, both standalone and blended with meat products. The Swiss company’s CTO Stefan Palzer believes plant-based protein could follow a similar path of adoption as craft beers, which were hyped at the beginning but eventually took market share, he told Bloomberg in November.

Innovators in other sectors are developing new products from waste materials (a concept often referred to as circularity) or feedstocks that are not currently part of the global food chain.

Helene Ziv-Douki, head of Cargill’s aquaculture nutrition business, named insect protein as the most exciting new protein source in a webinar chaired by Spheric Research head of research Matt Craze. Innovafeed is producing commercial volumes of insects at its factory in northern France since last year. It uses AI and robotics akin to an Amazon distribution center to be cost-competitive, as witnessed in our November 2021 visit to the facility. The French company, which raised more than $400 million in venture capital, has a unique circularity model that seeks to lower its energy consumption by locating its facilities near key inputs and on agri-industrial sites that can warm the insect factory with waste heat sources. InnovaFeed is building an insect factory four times the size of its French farm in the corn belt of the US Midwest through a partnership with Archer Midland Daniels (ADM).

InnovaFeed isn’t alone. Spheric Research has collected data on more than 120 insect companies. Many of them are at the seed funding stage and several involve smaller modular farm concepts for developing countries. Ÿnsect operates three insect farms in the US, the Netherlands, and its first plant in France. The company is building a state-of-the-art farm that will be the world’s largest until InnovaFeed’s US facility is commissioned in 2024. Ynsect has raised more than $450 million from high-profile investors including Hollywood actor Robert Downey Jr.

The idea to make protein from hydrocarbons was the brainchild of Alfred Champagnat, who worked for a joint venture partly controlled by BP Plc. UK petrochemical firm International Chemical Industries (ICI) took up the challenge to make Champagnat’s vision a reality in the 1970s but gave up due to competition from cheap genetically modified soy.

That intellectual property is now in the hands of a company led by ex-ICI executive Alan Shaw, who partnered with French feed additives company Adisseo to build a 20,000 metric ton per year facility that became operational last month in Chongqing, China. The joint venture company, Calysseo, has already reached an agreement with Saudi Arabia to make a facility five times that size in the hydrocarbon-rich kingdom. Another company born out of ICI’s experiments, Denmark’s Unibio, has signed a deal with Qatar to build a major gas-to-protein facility. Several other companies using this technology are at an earlier stage of development.

Animal cells without the animals

The most exciting yet perhaps least developed corner of the alt-protein ecosystem is cell-cultured or cultivated meat. Spheric Research has identified and tracked more than 100 companies that are attempting to grow meat in steel tanks using real animal cells.

Cell cultured proteins–dubbed ‘lab-grown meat’ or ‘faux meat’ by the media–could potentially become a source of higher quality and more consistent cuts of meat than the livestock industry at a fraction of the cost. Culture meat leader Upside Foods has raised $600 million in the last five years to develop its technology and build an advanced pilot plant that was awaiting US regulations to sell to the public. Singapore approved the company’s technology earlier this year, and UPSIDE Foods announced that it received a letter of “No questions” from the US Food & Drug Administration (FDA) on Nov. 16, 2022, a precursor to full approval.

The cell-cultured protein industry was beginning to receive significant VC money prior to the surge in global inflation and interest rates. However, companies are still a couple of years away from having products in key markets like the US and UE and easily a decade from reaching cost parity with conventional meat.

Spheric Research provides data-driven and forward-looking research into novel protein systems, from modern aquaculture to alternative proteins. We possess data-driven insights into these nascent industries at a global scale, and we offer consulting and research services to our clients.