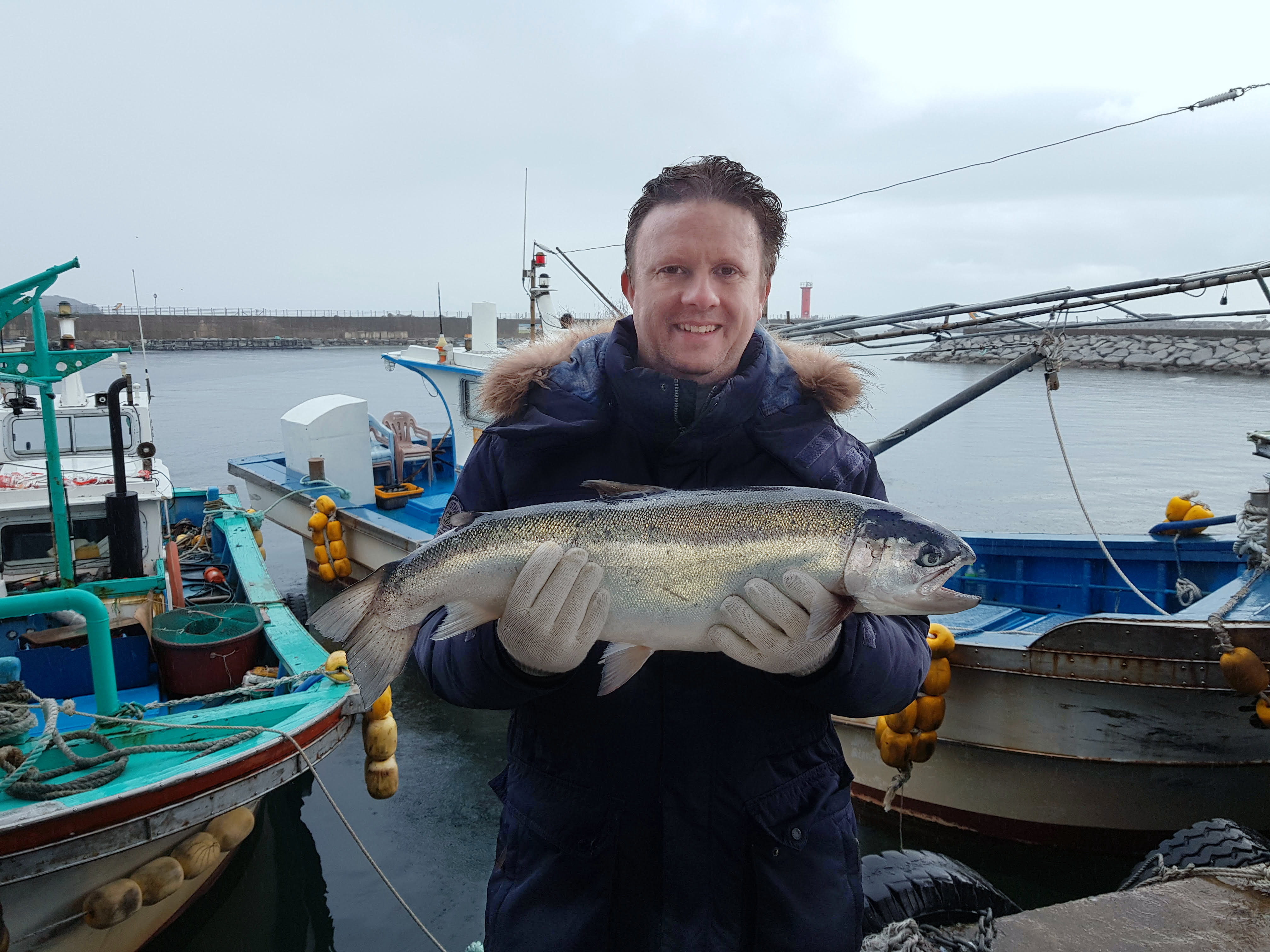 I got a tip from Norwegian equity analyst Christian Olsen at Kepler Cheuvreux that there was a potentially disruptive South Korean salmon company farming salmon offshore. As Seoul is a short hop over the Yellow Sea from Qingdao and the China Seafood conference, I decided to investigate further.

Donghae STP was enormously accommodating and planned a meticulous agenda for my visit. I already knew what a well organized and impressive country South Korea is after having visited Seoul while working for Bloomberg in 2005. It’s developed even more since then, and seems a step ahead of most of northern European countries in development.

What surprised me is the level of collaboration among South Korean companies. STP Donghae for a start-up, receives considerable government support. The International Copper Association has developed a unique cage that allows salmon to be submerged during the hottest summer months. This is key given the area is prone to typhoons and near-surface are too hot for salmon, in the summer months.

Anton Semikin, a major player in the Russian Far East wild salmon market and the controlling shareholder of Donghae, believes salmon could be farmed from the northeast of South Korea, all of North Korea and the southeast corner of Russia around Vladivostok. It might even be believers to place sea cages right up in the sheltered seas between Siberia and Sakhalin Island, he said.